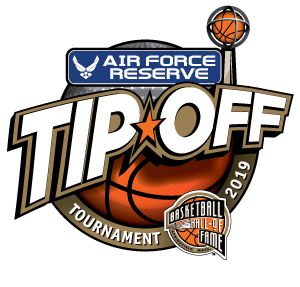 The Basketball Hall of Fame hosts the annual Tip-Off Tournament each November. The Tip-Off Tournament is an NCAA exempt men's basketball tournament sponsored by the Metro Atlantic Athletic Conference (MAAC). Each year, top teams and conferences will compete in the Basketball Hall of Fame's event showcasing its talents in New England's only exempt Division I college basketball tournament. The original Tip-Off was held in Springfield for more than 25 years. The format has changed, but the name has remained the same.

About the Metro Atlantic Athletic Conference

About the Naismith Memorial Basketball Hall of Fame

Located in Springfield, Massachusetts, the Birthplace of Basketball, the Naismith Memorial Basketball Hall of Fame promotes and preserves the game of basketball at every level:  professional, collegiate, men and women. For more information on these and other upcoming events, please visit our website at www.hoophall.com or call 413-781-6500.